Center Staff in the News 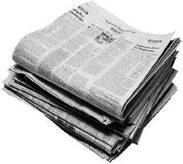 Roger Pielke, Jr. was quoted in a 13 November 2006 Christian Science Monitor article on science and technology issues in Congress: Congress's sci-tech agenda to shift under Democrats by Peter N. Spotts.

Roger Pielke, Jr. was quoted in a 4 November 2006 New Scientist article on the IPCC and the climate change debate: Climate change special: State of denial by Fred Pearce.